TPO Does Tolkien: An International Audience 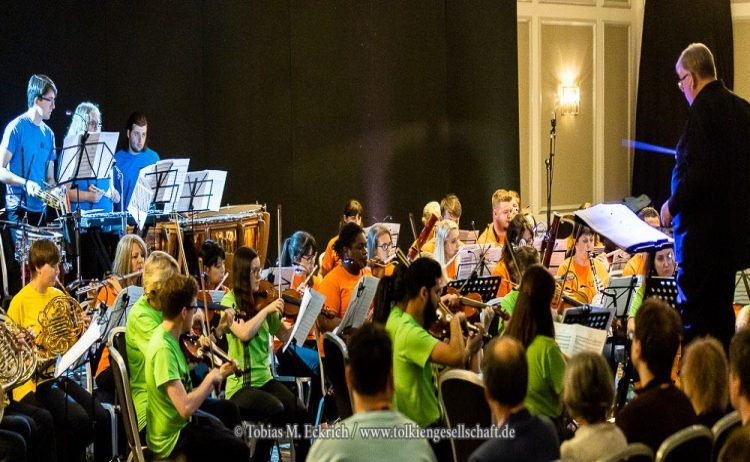 If you felt as though there was magic and mystery in the air around Birmingham at the start of August, you may not have been mistaken…The Tolkien Society were celebrating their 50th anniversary and members from all over the world convened in Birmingham to celebrate with a jam-packed schedule of fun – The People’s Orchestra included!

Thursday 8th August was a fabulous evening of entertainment as our players arrived at The Burlington Hotel – albeit a bit bleary-eyed and still recovering from jet lag (but that’s another story…) – to play music from Lord of the Rings, The Hobbit and many other similarly inspired film scores. From first baton down the audience were on our side, and even humoured our conductor for the evening, Chris Evans, as he took a selfie for his mum! They stayed with us right to the end, offering a double standing ovation and lots of cheer, especially after the room was whipped up into a frenzy with an encore rendition of Lord of the Dance.

After all of the summer excitement at The People’s Orchestra, our players are now enjoying a well-earned rest, with many new things to look forward to when we begin rehearsing again in September…watch this space!

Congratulations once again to The Tolkien Society on your 50th anniversary, and thank you for letting us be a part of your celebrations.