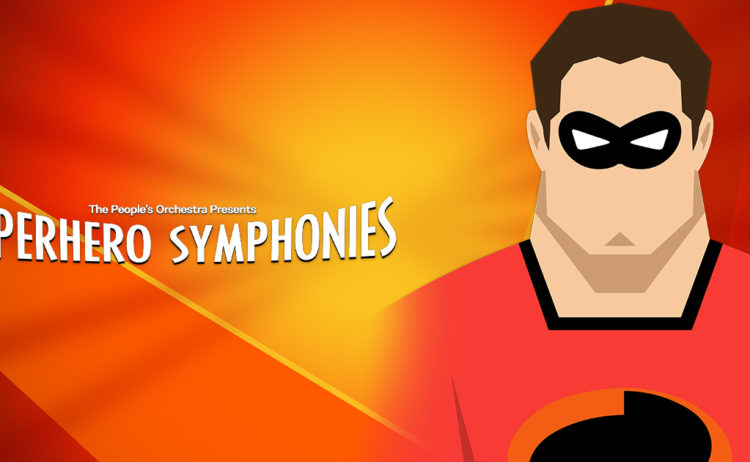 TPO is back! In September, we returned to our first in-person concert in nearly two years. After so long, we were eager to get back to the stage and into action.  Whilst the Virtual concerts were a way of bringing our talented performers and vocalists to your homes, the social distancing and lockdowns prevented us from performing how we knew and what we loved best. Now we have the chance to perform in front of live audiences again, we wanted to make sure we were back with a bang!

Our destination: Millennium Point in Birmingham.  With two weeks to prepare, it was a tight turnaround. Our fellow musicians and new conductor, Neavan Lobban, practiced hard at every rehearsal space to get ourselves fighting fit for the big day.  Our audience would not know what we had lined up for them so their reaction was dependent on us hitting it right off the mark.

Setting up a concert always involves a lot of hard work, planning and preparing what we are putting on for our audience. However, we were pleased to discover everything went exceedingly well!  Van was unpacked, stands assembled and all the different instrument sections – brass, percussion, strings etc. – positioned in the right places. After a year of uncertainty, it felt like coming home!

As the time crept closer to the hour, we found we had attracted a large audience, so it was a relief to know how much we were missed!

As our audience soon found out, our Superhero set-list included:

Thirteen pieces.  As you can see, there was a lot to rehearse! The set-list sported previous themes and music both new and familiar to our orchestra.  But having been a long while since our orchestra had played them, the pressure was on to show the public our love for these themes.  It was our first time playing the themes from Disney’s Hercules (including an orchestral rendition of “I Won’t Say [I’m in Love]” originally sung by Susan Egan), Big Hero 6, 2017’s Wonder Woman and Mission Impossible, all of which our audience loved!

This concert was a first of many things:  we had more people playing with us than ever before, which is always exciting and a testament to our dedication for a community-spirited orchestra, and it was Neavan’s first time conducting our TPO concert.  We’re exceptionally pleased to say his calm and dynamic performance was appreciated a great deal in the days running up to and on the concert night. We’re happy to welcome him to the TPO family!

Our lead and long-running trumpet player, Nigel Tyson, was also excited to be getting back to playing with the ensemble:

“Overall, most of the concert performers thought it went better than expected! We always knew it was going to be good but the audience response was brilliant and just what we needed for our first live concert in two years!” (Nigel Tyson, The People’s Orchestra)

So, a huge success? Very much so!  Were we nervous beforehand?  Yes, but only because we cared about our audience and making sure they felt satisfied with a brilliant concert which promotes our values and goals. We’d like to give a big thank you to everyone who turned up to see us and to the Millenium Point for giving us a great venue to perform in.