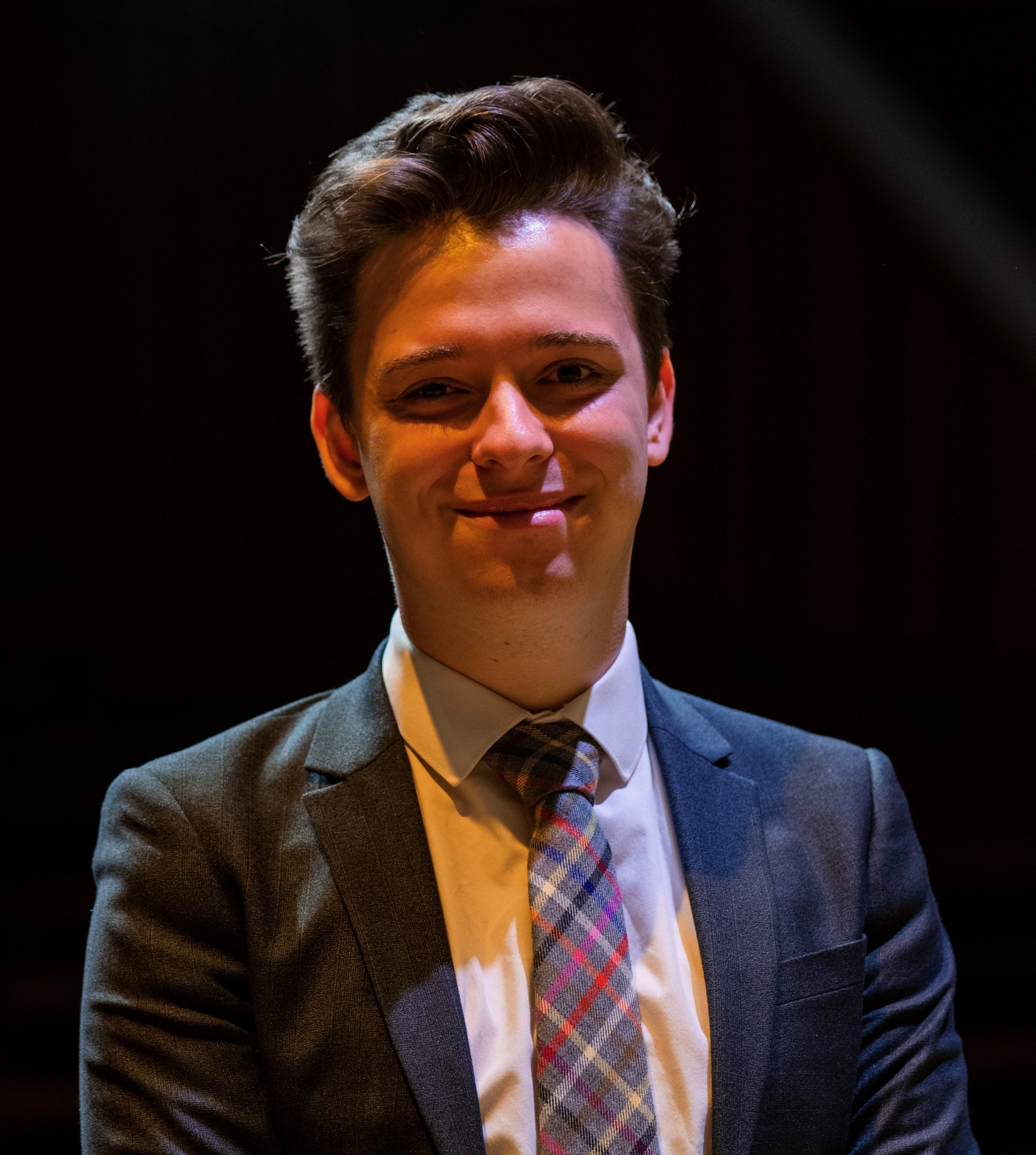 Host: Tonight, the People’s orchestra charity, based in West Brom, are putting on a special concert at millennium point and it’s going to feature classic sound tracks, this is great, from superhero movies, like this one!

So, we just had to feature this on Saturday morning superstars. Neavan Lobban is principal conductor of The People’s Orchestra, and I can say that Neavan Joins me this morning, good morning Neavan

Neavan: Good morning, how are you doing?

Host: I’m great. How are you doing?

Neavan: Not too bad, I’m very excited for tonight, of course.

Host: Of course- well it sounds great! Well, do you know, firstly ‘Neavan Lobban’ Where’s your name from?

Neavan: Scotland, I’m Scottish originally, I come from Inverness. I came down to Birmingham to study and decided to stick around.

Host: Love it, love it Neavan. right now, I’m going to tell you now, Neavan, and I don’t sound it, but I used to play the flute.

Neavan: Well, I’m glad you asked that actually. We’re looking for new members, so if you head over to ‘thepeoplesorchestra.com’ we’re always looking for new people to join us

Host: Love it, I love it. Do you know what? I’ve got two young girls, Rosie and Elsie, eight and six years old, and the one thing I am trying to do is encourage them to learn to play a musical instrument, because it’s a great thing to do isn’t it, Neavan?

Neavan: Its, I mean it’s great, I went to high school and my teachers would always get really annoyed with me leaving lessons halfway through; yet my results were always, you know, on average, as the same as them or if not better, because I went to music lessons. It just helps young people do better. Its fact.

Host: Yeah, it is fact. I love it. Now tell us a bit about the work The People’s Orchestra Charity does.

Neavan: Yes, obviously I’m coming at it from the musical perspective, the bit that people are going to see tonight, the orchestra. And that obviously as a charity, they help unemployed people get back into work, uh, through work experience placements, and, more recently, they’ve started running a kickstart scheme which is funded by the government.

Neavan: And those are all roles in the kinda, administrative side of things. So orchestral management, choral management. The bits you don’t really see when you’re going to your concert, so they’re always running about backstage making the concert happen.

Host: Yeah, I mean, some would say the most important part, would you say?

Host: And- And tell me about the concert that you’re putting on tonight then, Neavan.

Neavan: Um, well, it’s a concert it was originally scheduled for March; and the idea of superhero symphonies kind of came obviously at the height of- height of covid, where our health workers are being sung as- sung as superheroes. And we think that, even though, you know, that some people think that we’re past it, that, you know, our NHS workers are still just as important now as they were, this time last year. So, we’re still wanting to reinforce that message. But more kind of, closer to home, it’s fun music that the orchestra enjoys playing, and as a group that’s what we enjoy doing. it’s music that we want to play, and its music that, anyone off the street can come in and see here and will know the music, and that’s a bit of a rarity in orchestral concerts nowadays, that you can go to it and not really know what to expect and recognise the music. It’s just good fun.

Host: It must be great to be back performing in front of a live audience.

Neavan: It really is and it’s a bit of a cliche, uh but music does bring people together, and as- as fun as recordings are, it doesn’t have the same impact on you than sitting in- in a room, in a hall, with people playing music live in front of you.

Host: Now I like the sound of tonight, cos it is all about superhero music, what superhero soundtrack are you most looking forward to playing tonight then, Neavan?

Neavan: Oh, easily the Incredibles. The Incredibles, um, is one of my favourite films growing up, and I’m a saxophone player at heart, and there’s loads of saxophones in that piece. It’s kinda become a classic, even though it’s not that old a film, and it’s just a great soundtrack.

Host: Wow, hang on Neavan, this is how skilful my producer, Ross, is; he’s now found- Let me play a little bit of The Incredibles

[The Incredibles’ Theme begins to play]

Neavan: It’s so, like, stereotypically superhero, but it’s all new for the film. It’s great!

Host: I love it, I love it. Now I’m just reading here Neavan, that this is your fist concert as principal conductor, are you feeling nervous about tonight?

Neavan: No, not at all actually, you kind of always think, when you go into an organisation and everyone’s kind of established and you’re the newbie, you do think ‘oh am I going to fit in?’ you know, ‘how’s it going to- how’s it going to work?’. But everyone, from the orchestra to the backstage guys have all been so friendly, all been so welcoming, just telling me to go for it. And so that’s what I’m looking forward to. If they’re enjoying it, I’m enjoying it

Host: Absolutely, and now how did you come to be involved with the orchestra, mate?

Neavan: Um, so, um, I studied at the (Royal Birmingham Conservatoire) and so throughout my time there I’d heard, um, people working with the orchestra, I’d heard the name kinda thrown about. And then the CEO, Sarah, put out a call asking for conductors. I’ve been a- kind of interested in conducting for a few years now so I just thought I’d put my name out there. I was asked to go- to go to one of the trials that they had, and then within a few days they said ‘yeah! We’d like to take you on!’

It was not the result I was expecting. I was surprised as all my friends who I’ve said, ‘Oh yeah I’m just in this conducting trial’. So, it’s a pleasant surprise, but that’s kind of sums up the TPO is that they’re willing to take a chance on someone who’s like me who’s a young, not really that experienced, kind of conductor, and take a chance on that. And that kind of sums up TPO.

Host: Well, it sounds like a brilliant charity, and- and look, you’re heading it up tonight, best of luck with the concert. I’m going to crown you our 2nd Saturday Morning Superstar, so congratulations Neavan!

Neavan: Thank you! Thank you very much.

Neavan: If someone breaks a saxophone on the night, that is the worst thing you can say, that is the nightmare of any performer. It’s happened before.

Neavan: They’ll come to you, “Aww I’ve broken my reed” and I’m like, well what can I do? It’s awful. Don’t say that. Absolutely not.

Host: Brilliant charity, sounds like a lot of fun tonight. Neavan Lobban there, our second Saturday Morning Superstar and I’ve got one more…