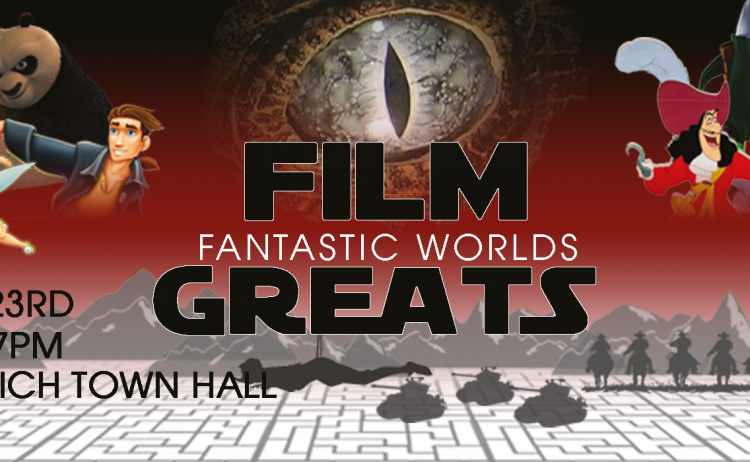 Film Fantastic Worlds Greats, at which I was privileged to be invited on October 23rd, was a silver screened transportation to magical worlds, performed by The People’s Orchestra. And brought to us largely through the tireless efforts of Sarah Marshall, Founder and Director of the orchestra.

The evening commenced with The Magnificent Seven, a performance with blazing trumpets that kept us on our toes. We did not leave our toes because we were next tip-toed into the calm of Dances With Wolves. These opening numbers set the evening’s agenda because our night of movie music was a star-studded affair that roused and calmed. Hook roused us, then The Legend of Zelda calmed. The People’s Show Choir, conducted by Choral Director Kirsty Williamson, continued with the rousing and calming. Their rousing song, The Greatest Show, was a showstopper featuring rap-like chat, the chatting by a young man was well done.

The evening’s concert welcomed Davis Curtis to the stage, The People’s Orchestra’s new Musical Director. David’s ebullience rivalled the orchestra’s musicianship each time he introduced the night’s music. He challenged the audience at the beginning of the second half by asking whether we were “ready for a battle of the galaxies under the skies?” And before you knew it the fight was on. The film score from Beyond The Skies duelled with the more familiar Star Wars. For my money, the less familiar won.

The very last battle was Jurassic Park versus Gladiator. Their contest was in the vein of Aesop’s Fable’s The North Wind and The Sun, whose contest to take off a man’s coat saw The Sun’s gentleness outpower The North Wind’s might. In the contest between Jurassic Park and Gladiator gentleness and power drew. The People’s Show Choir reappeared to bring the night to an end with two crowd-pleasers, Rhythm of Life from Sweet Charity, and This is Halloween from The Nightmare Before Christmas. Before the end came the orchestra treated us to two encores, both of which foxed the audience as we did our best to clap to the beat.