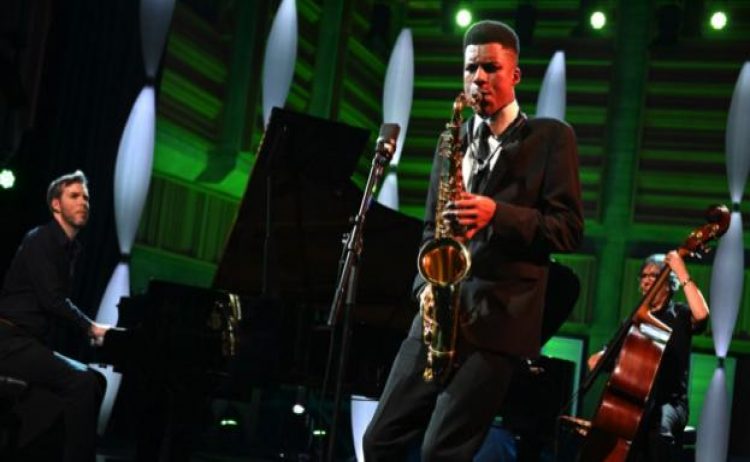 A while back Xhosa showed up at auditions with his brother and blew us away with his playing…. That day The People’s Orchestra gained a Sax section and the rest is history….

Saxophonist Xhosa Cole has been crowned BBC Young Jazz Musician 2018. The 22-year-old was announced as the winner at the competition’s grand final at the Queen Elizabeth Hall at London’s Southbank Centre as part of the EFG London Jazz Festival.

Each musician played a 16-minute set, including at least one piece they had written or arranged themselves. Cole played Johnny Green’s ‘I Cover the Waterfront’, John Coltrane’s ‘Moment’s Notice’ and an original composition entitled ‘Moving Ladywood’.

The other four finalists, aged between 18 and 22, all played either the bass or piano.

The judging panel was made up of jazz artists and composers including Monty Alexander, Zara McFarlane and Iain Ballamy.

‘Xhosa’s performance was so heartfelt, sincere and communicative’, says Iain Ballamy. ‘It’s easy to see he has such a deep and genuine love of the tradition that gave us such a convincing performance on the night.’

The BBC Four coverage of the final will be available to view here on BBC iPlayer for 30 days, and BBC Radio 3 will be broadcasting highlights of the event in its J to Z programme on Saturday 1 December at 5pm.