Commonwealth Games “Opportunity” Commission: An Interview with ‘We Are One’ Composer John Koutselinis 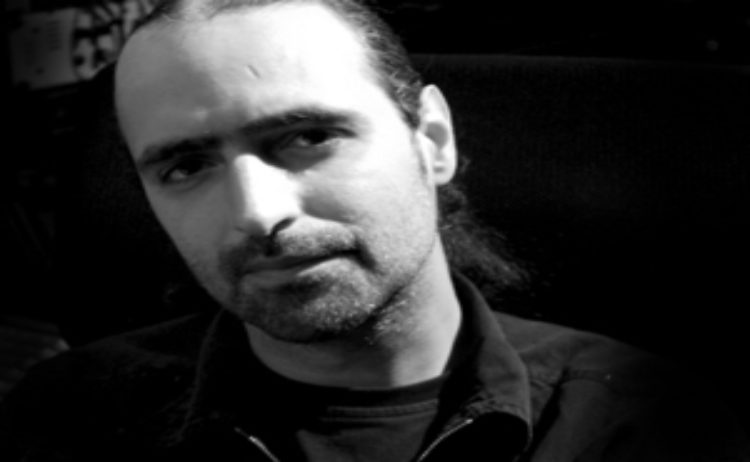 July 2022 marks the Commonwealth Games, and The People’s Orchestra has been looking at how to create quality music on a global scale. To celebrate this worldwide event, TPO is working once again with award-winning composer John Koutselinis.

We knew that for this unprecedented partnership from across the Commonwealth, we would need a piece both unifying and inspiring. “We Are One” is that piece, and John is the composer tasked with this ambitious composition.

With compositions for directors & producers such as Gary Kurtz (Star Wars IV & V), Brian Presley (The Great Alaskan Race) and Richard Bazley (Disney, Warner Bros) in his discography, John is familiar with writing for big productions. We sat down (over Zoom) to discuss the composing of this piece, as well as his influences, writing process, and aspirations for music in the future.

We began by discussing what his intention was for this composition within the brief that Sarah, the CEO of The People’s Orchestra, had asked for. On John’s website his compositions are categorized by feeling (Uplifting, Horror, Epic etc.), and I was curious about which this would fall under.

“Inspirational, it has to be inspirational” was his immediate response. “I want it to encapsulate the human spirit, especially in these troubled times, and instill a sense of unity and diversity in the piece.”

He is not certain yet what the specifics of this piece will sound like, but he wants it to be fun, manifesting a sense of unity, and potentially include some interesting modulations, to the delight of musicians.

We talked about how influential John Williams has been for him and for the wider contemporary classical music scene, “John Williams writes wonderful fanfares with a massively inspirational sound to them…[and] I would like to take that particular direction with the piece, but with more modern sensibilities.”

John (Koutselinis) also talked at length of his love of live music, especially concert music, and how enjoyable writing pieces for this setting are. As “a bit of a traditionalist,” he loves “finding common ground with the musicians as they play,” and how these compositions demonstrate emotive ability so uniquely. He is excited to work more with orchestras and to continue exploring work with choirs. More than anything, he is eagerly awaiting when we can return to live rehearsals, recording and performances. He said of live music, “there is a sonic depth–of–field you can’t get with digital orchestral sampling… the live orchestral performance and sound is unparalleled,” and that the relationship between composer and musician, best created in real-time music collaboration when sharing camaraderie and a common goal, is such an important part of the process.

His process starts with an idea and loosely establishing a skeletal structure for the piece, which is then filled line by line with many, many edits, to create the final fully textured orchestration. With ‘We are One’ his current inclinations are that it is a major work to assure that inspirational lift, uses modes, and includes two motions within the one piece.

John has written for many orchestras, arrangers, and directors, but writing for an amateur orchestra like The People’s Orchestra presents unique challenges and allows for unique opportunities: He needs to compose parts that are accessible, but still interesting and “pushing the edge a little bit.” He describes it as a “balancing act”, however this has challenged his writing positively, and has enabled some really refreshing arrangements, as amateur orchestras are afforded the freedom to have a flexible range and ratio of instruments, meaning that unorthodox orchestral textures can be created and “unconventional sections can shine through.”

This will be the second mass digital piece that The People’s Orchestra and John have worked on together, after their collaboration with partner orchestras in Canada and New Zealand for “War of the Titans”. This was a project that presented lots of challenges and was their first attempt at a virtual performance, but with some obvious technical obstacles along the way, John praised the outcome, saying “despite the terrible times we live through, we all united and worked towards a common goal, this recording ended up being a real group effort… it was so lovely receiving videos from all over the world with the performances by the musicians. I am very thankful for their contribution to this project.”

We finished by discussing how lockdown has affected his work, and the future of live music. For John, his composing has been mostly unaffected, and he is grateful for this stability, but “the live part is the fun. The live Orchestra can never be replaced. Orchestral sound libraries have gone a long way, but It’s impossible to count the myriads of parameters that produce a live orchestral recording … each individual and group performance is singular. A unique achievement.”

We are eagerly anticipating beginning rehearsals for this mass collaboration and successfully mastering this ambitious idea, with the participation of talented musicians across the globe, in a truly universal experience. We are excited to see how these individual live recordings will unite into a performance celebrating the Commonwealth Games. “The human spirit cannot be replicated” was John’s ultimate praise of the power of music, and we are sure this performance will embody this, and those principles of the Commonwealth Games: equality, humanity, and destiny.

Our Christmas concert is going live soon on our Fa

Are you a care home or someone who has an elderly

Our chosen theme this year is ‘Something Magical